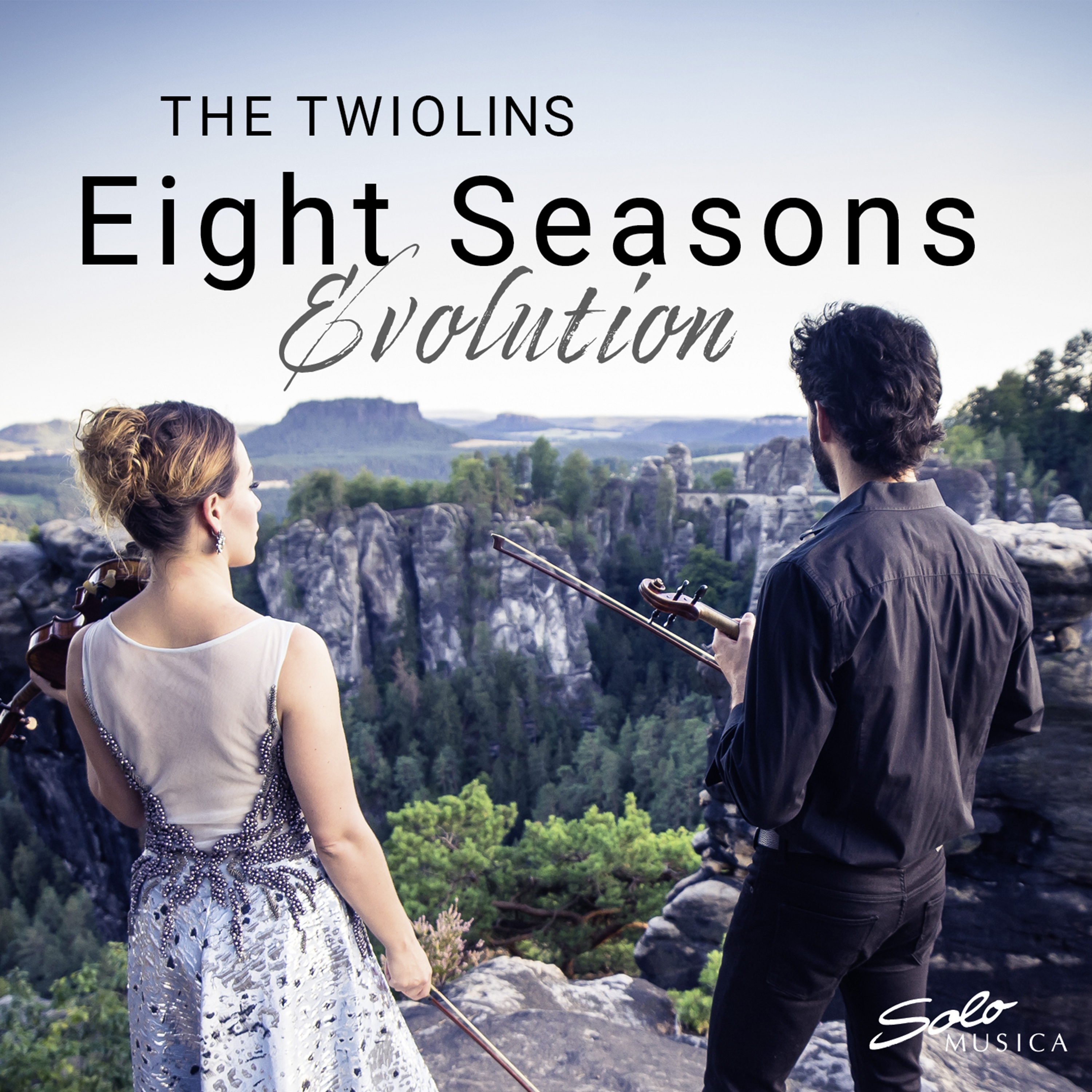 What do Vivaldi and Piazzolla have in common? How do the Four Seasons react when combined with tangos? The Twiolins – not to be stopped by any genre line – have taken up these questions and created their own new “Eight Seasons”:

Spring is all about the angels, they are dying and rising, the summer is full of melancholy and mysticism, in autumn the hunting horns are stopped by a Hora Zero and in winter you want to dance tango, back to the south …

It was an adventure when The Twiolins got involved with the arrangement of the Four Seasons and the tangos of Piazzolla, but days and nights over the sheet notes unleashed unfamiliar creativity. Both Vivaldi and Piazzolla have converted and show new aspects in this chamber music version that these great works of world literature have not yet shown. This project takes the listener on a musical journey through two centuries and hemispheres, eliminating the boundaries between continents, musical boundaries and traditions without compromising their essence.

Vivaldi’s Four Seasons in comparison with eleven contrasting Tangos by Astor Piazzolla – With the “Eight Seasons” of the Twiolins, you are invited to enjoy Vivaldi’s virtuoso piece and let yourself be carried away by Argentine longing and passion

Eight Seasons Evolution is the new album from the Twiolins and available on the usual platforms starting Feb. 5, 2021.

Eight Seasons Evolution was awarded with the silver medal of the Global Music Awards 2021. 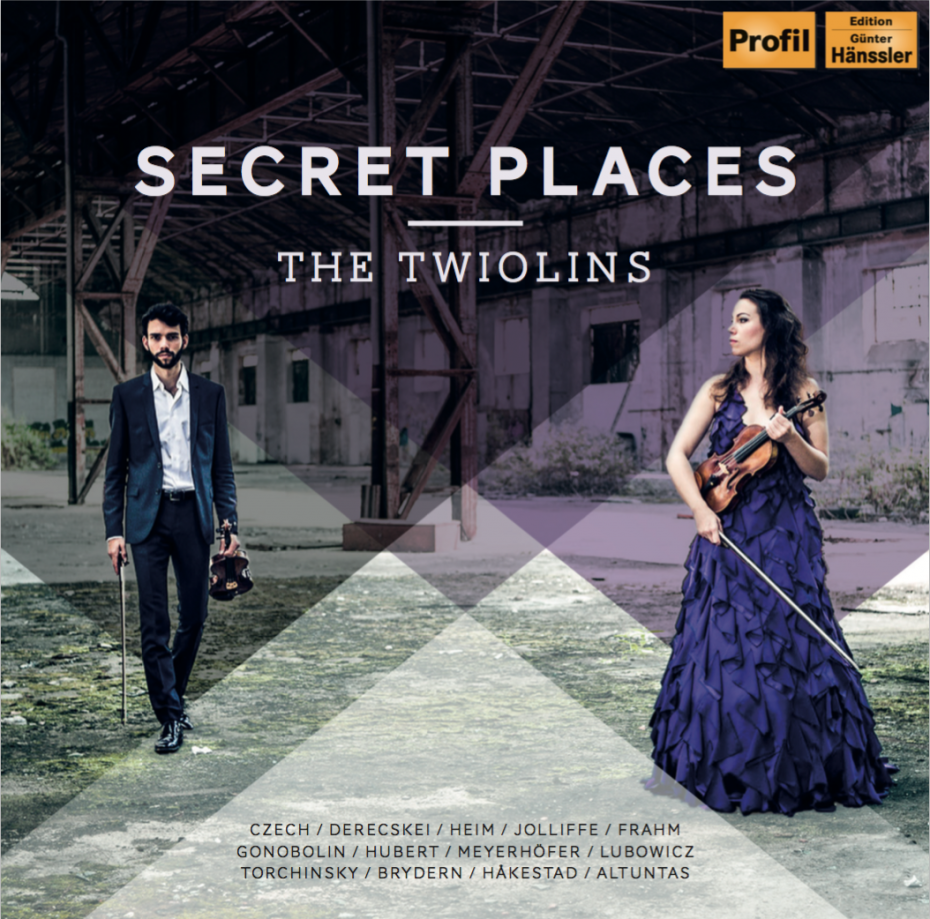 SECRET PLACES is a hypnotic journey to the core of your soul, a musical picture book that lures the listener to the very depths of his or her powers of imagination. The works sketch unique contours with what seem like melodic brush strokes – each bar a step into unknown territory. Pulsating, fragile, poignant, wild too, dancing and full of joie de vivre.
All of the compositions are recorded for the first time in this form on CD and all but “Hammers” by Nils Frahm were written for the Crossover Composition Award 2015.

Stream or download the album here.
Secret Places was awarded with the silver medal of the Global Music Awards 2017. 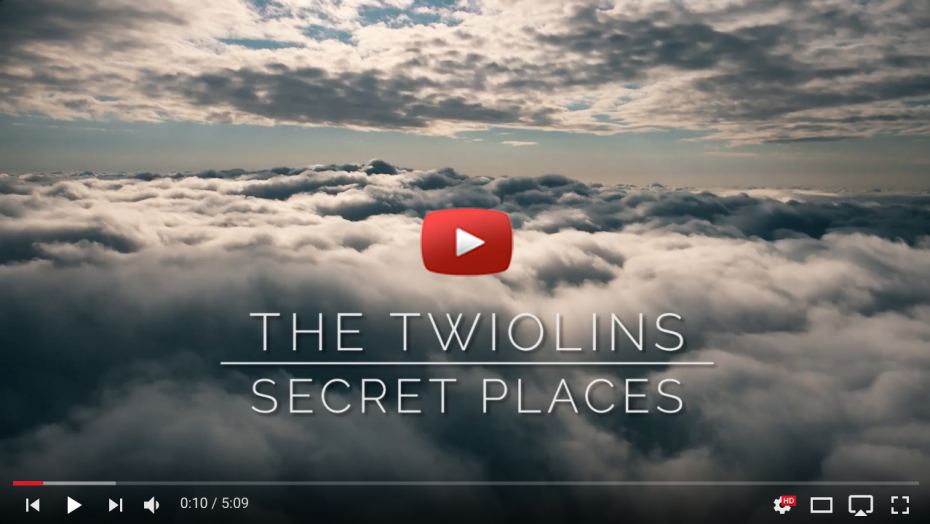 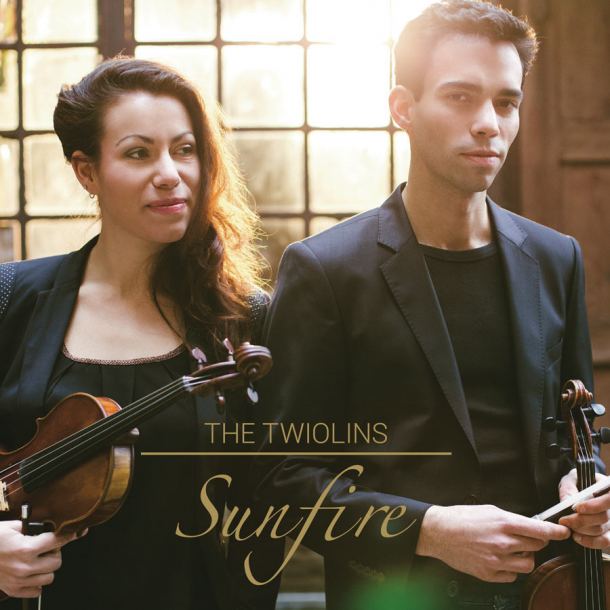 With their album SUNFIRE, the Twiolins not only thrill into musical parallel worlds, but push the emotions of the audience to extremes, torn between bewitchingly beautiful sounds and rhythmically pulsating structures.

A sunrise, from the timid dawning to the glittering flare of light on the horizon – with this expressive sound fantasy the journey begins on eight strings. Under shrill steam clouds, an old railway sets in motion and takes the audience into the beauty of idyllic forests. The two siblings indulge in the gentle and soft sounds of longing melodies and it could not be more beautiful – until suddenly a cheeky fly pops up …

SUNFIRE – the 2nd album by The Twiolins. Award winning compositions from the Progressive Classical Music Awards 2012 and more. 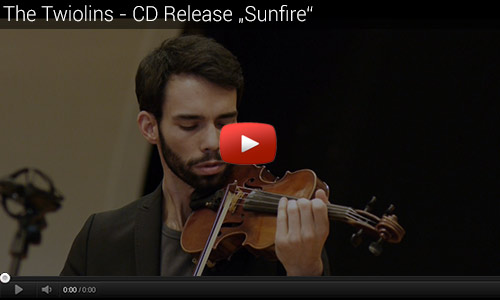 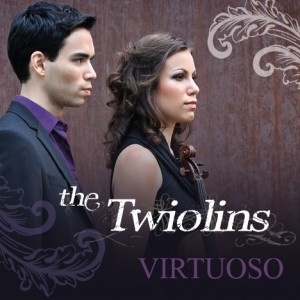 VIRTUOSO is the debut album of the Twiolins – it presents the winning pieces of the first Progressive Classical Music Awards, initiated by the Twiolins in 2009, which invited composers around the world to write new works for two violins. Compositions from all over the world were submitted and the music on this album is as diverse as the composers’ countries of origin. First the two violins race on the motorway, then a fever of passion attacks them, fairy tales are told, the wind plays and dreams and a pas de deux is danced in a jazzy way… 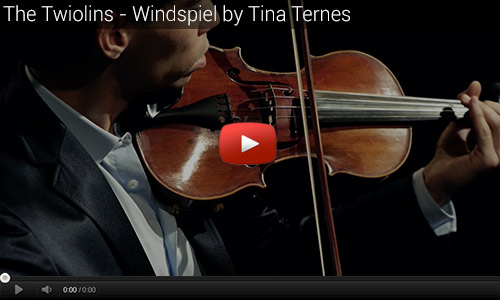